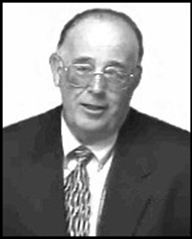 SVU member and supporter Don Baker, BSEE, passed away on February 27, 2018. Don was an internationally recognized luminary who applied his knowledge of radar signals acquired during his Air Force service to the development of pulsed Doppler technology used in nearly every duplex ultrasound instrument used today. His pioneering work in the field of Doppler ultrasound led to the development and ultimate production of the first commercial Doppler for medical use. Most SVU members have used instrumentation developed by ATL (Advanced Technology Laboratories), which he co-founded. Don was recognized for his lifelong contributions to the field of diagnostic ultrasound with SVU’s highest recognition, the Pioneer Award, in 2000, and was similarly honored by the American Institute of Ultrasound in Medicine (AIUM) in 1987.