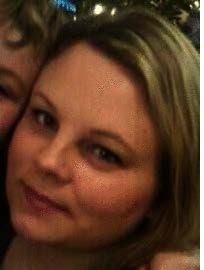 The following was posted in the June 2013 issue (Vol. 37, Issue 2) of Journal for Vascular Ultrasound:

SVU lost a part of its family with the passing of leader and member, Heidi McCorkle. Heidi served as lead vascular technologist for the Vein Guys, one of the largest vein care centers in the Southeast. For SVU, Heidi was a tireless member and volunteer leader. Heidi was instrumental in forming the East Georgia Chapter of SVU and was serving as its interim President. She and 4 other co-workers from the Vein Guys clinic died as a result of a plane crash in eastern Georgia on February 21, 2013.

“Heidi was a smart, beautiful, young girl with boundless energy and enthusiasm and I was proud to know her,” said SVU Member Nancy Williams and Vice President of the East Georgia Chapter.

“Heidi was truly dedicated to her chosen field of vascular ultrasonography. She took on the task to form the East Georgia Society for Vascular Ultrasound, a local chapter of SVU, which will be part of her legacy. I remember her as an enthusiastic and optimistic person who was full of life. She will be sorely missed not only as a professional by her colleagues but as a true and caring friend to those who knew her. May she guide the hands and hearts of fellow Vascular Technologists from above,” said SVU Board Member Jeanette Flannery.

“Heidi had so much love for what she did in life…. her boys, her work, her church. She will be extremely missed in the vascular world,” said SVU Member and President of the South Carolina Society of Vascular Ultrasound Dawn Stirrat.