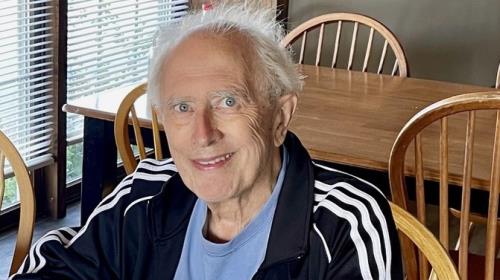 Terence Needham, RVT FSVU passed away on December 9, 2021. A native of the UK, his bioengineering background at St. Mary’s Hospital in London introduced him to noninvasive testing in the peripheral vasculature. He became more interested in using the equipment with patients than in its design and construction and, from hereon, he concentrated upon the noninvasive diagnosis of peripheral vascular disease. This resulted in the publication of 20 original research papers and book chapters, several professional awards, plus more than 500 national and international oral presentations. He was a fellow and past board member of the Society for Vascular Ultrasound, a board member of the Intersocietal Accreditation Commission for Vascular Laboratories and chair of the Vascular Physics Task Force of the American Registry for Diagnostic Medical Sonography (an international testing body). He had taught at and had been on the Advisory Boards of the ultrasound program at Chattanooga State and at NW GA Tech., Rome, Ga. Terry was director of the post-graduate course in peripheral vascular ultrasound at Wake Forest University in Winston Salem, NC, from 1983-2013. He loved to teach-professionally, perhaps his greatest love- and had more patience with others than he had with himself.