The study was developed in response to wide variability in the diagnostic criteria used to classify severity of ICA stenosis across vascular laboratories nationwide and following a survey of members of IAC-accredited facilities supporting efforts toward standardization. The primary objective of the study was to evaluate widely used SRU Consensus Criteria (SRUCC) and, if needed, to propose further optimization to these criteria.

“The first duplex velocity threshold of 125 cm/sec for ≥50% internal carotid artery stenosis, as reported by Dr. Strandness and the University of Washington group, is now 40 years old. This threshold has been widely applied and in 2003 was included in the Society of Radiologists in Ultrasound Consensus Criteria as a primary parameter for diagnosis of internal carotid stenosis. However, the original University of Washington carotid criteria were based on ultrasound instrumentation that is primitive by modern standards and relied on angiographic measurement methods that are no longer used.

In order to update the carotid criteria and promote both standardization of reporting and improved diagnostic accuracy, the IAC Vascular Testing Division Carotid Diagnostic Criteria Committee performed a multicenter study comparing duplex ultrasound velocity parameters to catheter contrast angiography. As reported by Gornik and colleagues, the principal conclusion from this carefully done study is that in a modern patient cohort, the 125 cm/sec threshold results in overestimation of stenosis severity, and better correlation with angiography can be obtained by raising this threshold to 180 cm/sec. The conventional velocity threshold of 230 cm/sec for ≥70% stenosis was also found to overestimate stenosis severity, although the limited dataset precluded proposing an alternative higher velocity threshold.

Of course, there is more to carotid duplex scanning than classifying stenosis as less than or greater than 50%, but widespread adoption of the 180 cm/sec threshold would be a major step toward standardization of reporting. The results of the IAC Vascular Testing study also suggest that this would improve diagnostic accuracy. It will be interesting to see what effect this change in the velocity threshold will have on the care and outcomes of patients with carotid disease.”

The study is available for open access viewing through the Vascular Medicine journal, the official journal of the Society for Vascular Medicine. We encourage all SVU members to read the study, and thank all who contributed to the publication. 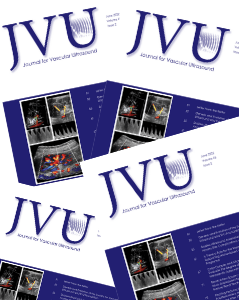 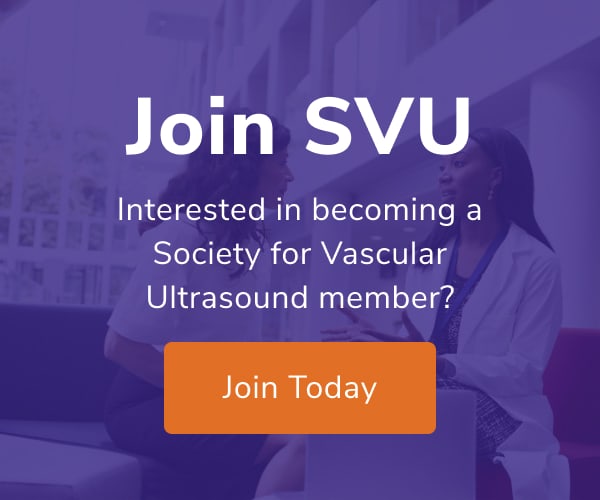